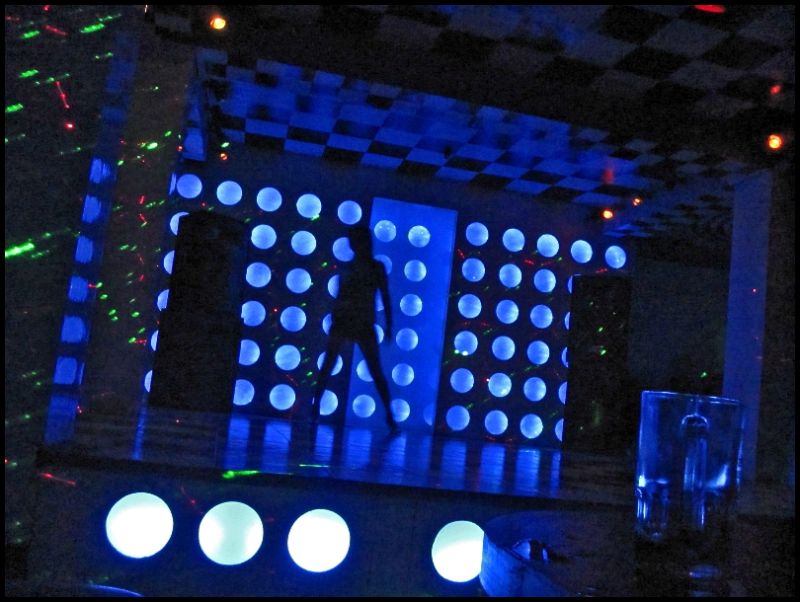 Previous Next
← previous day next day →

One night while in Nepal, I joined some friends for an evening out and an introduction to another American working locally for an NGO. He shared many stories, but the one comment that stood out to me from the conversation was regarding a recent investigation into smuggling at Nepal's boarders that he had conducted. Through interviews and observations, his team had documented that smugglers were highly active in Nepal. However, the highest recorded commodity these smugglers were trading in was not found to be drugs or guns. This team uncovered that young Nepali women were the most frequently illegally trafficed commodity.

Any male that has ever visited Thamel can attest to the frequency of sexual services offered by pimps and middlemen. "Dance Show" clubs, like the one seen here, are used as fronts for prostitution. An article from Merinews.com http://www.merinews.com/article/young-pimps-fix-sex-deals-on-kathmandu-streets/148089.shtml details the sex trade that exists in Kathmandu.

My visit to Nepal was not a trekker's quest to conquer peaks or a pilgrimage of religious devotion. I went to Nepal to witness the unity that exists between the people and the land.

What a sad story... nice illustration though !

@☾éline: It is very sad, but not widely known. Thank you for viewing this story.

A strong and beautiful image, but each hole is a pain those women go through. Thanks for sharing the reality of it.

@[email protected]: Thank you for viewing the images and reading the stories. This part is truly tragic, but I think awareness is the first step to cure.